Having A Book Meltdown! 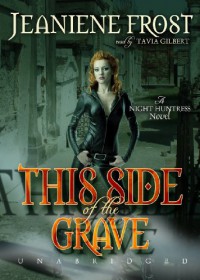 This is the reading order for the Night Huntress novels, apparently:

There are like two side series and a bunch of novellas meant to be read in between the main Night Huntress books. So it’s no wonder I was so god damn confused this book because there were TWO FULL BOOKS AND A NOVELLA that I was meant to have read/listened to prior to Night Huntress book five.

So now I’m going to go back and listen to those two books, but I have so many spoilers of what happened because it’s summarized in book five! GAH! I hate that! And to make matters worse the first audiobook of this Night Huntress World side series is checked out of the library right now. Do I listen to book two? Go ahead and listen to book six because that is next after five? But what if there are even more spoilers of what happens in the Night Huntress World books? I DON’T KNOW AND I’M ALMOST DONE WITH FIVE SO I NEED TO DOWNLOAD A NEW BOOK NOW! *UNINTELLIGIBLE SQUEAKING* (And I screwed up and missed the check out deadline for my hold on Unbroken. Now I'm back to 30th in line, dammit.) Not to mention the library doesn’t have book two of the Night Prince series in audiobook. So what in the hell am I supposed to do there? My physical book reading is so super slow right now because I have so much to do and I’m so sleepy after work. I’m going to have to pause forever if I have to read physical books before moving back to audiobooks. Even worse, Tavia Gilbert won’t be reading it to me!

THIS IS A REALLY, REALLY TERRIBLE WAY TO WRITE A SERIES. I only found this order because it’s in the blurb on the first book’s Goodreads page. I would never have known otherwise (other than trying to find out what happened because book five was so damn confusing) because my first assumption wouldn’t be that I needed to go to the author’s page to find out how to read a series the right way. I just read books one through seven like a normal person. She should have written the series in this order if this is how she envisioned it. I’m so pissed off about this!